Help normalize the activity of your gastrointestinal tract

The herbs contained in the composition of the phytotea help normalize the activity of your gastrointestinal tract.

Herbs for phytoteas featured in the Gifts of Shambala series were gathered in Altai, one of the most ecologically-clean areas on the planet. Each grain of TianDe phytotea gives the maximum of useful elements when brewed.

Precious properties of Altai herbs are preserved thanks to the innovative processing of raw materials:
it is known that vitamins are destroyed when heated to temperatures above 70 C.

This is excluded when TianDe phytoteas are produced. Herbs are processed under low pressure and the optimum temperature,
which increases the degree of extraction in case of repeated brewing (as compared to phytoteas not subject to such processing).

APPLICATION:
Place 1 tea bag in a cup and add 1 cup of boiling water. Brew for 5-10 minutes.

41314
£5.80
Feet Detoxifying Plaster (elimination of slag and toxins from your body) It provides an effective way producing a body detoxification method on treating different symptoms of several ailments. 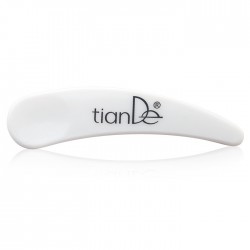 11325
£1.60
Bamboo Charcoal Purifying Strip is based on Bambusa arundinacea leaf extract, a natural absorbent that extracts contaminants from pores like a magnet, as well as lactic acid, vitamin E and titanium dioxide.

12701
£9.10
The cleanser’s special formula provides for effective cleansing without leaving a sensation of tightness. This cleanser contains hydrolyzed collagen and vitamin E (tocopherol).
Tap to zoom
You need to login or create account